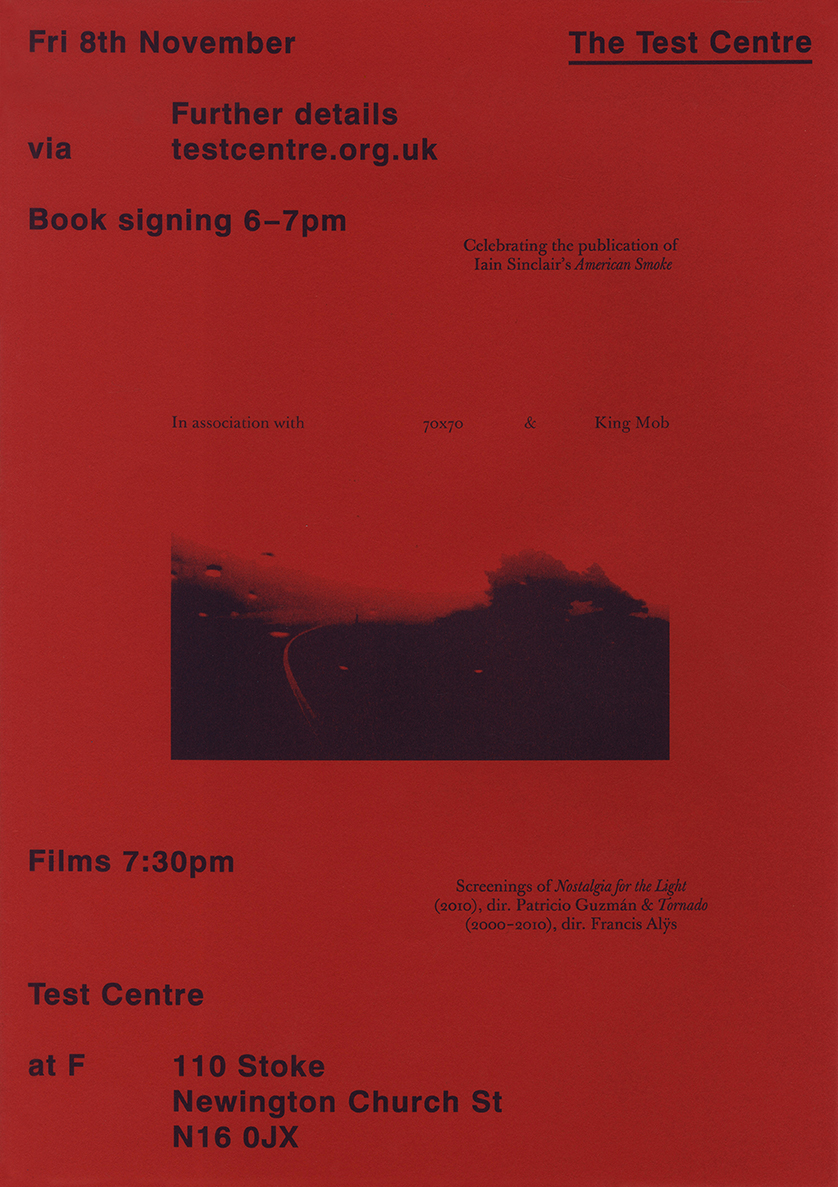 In association with 70×70, King Mob, and Hamish Hamilton.

To celebrate the launch of Iain Sinclair’s American Smoke (Hamish Hamilton), Test Centre and F have combined forces with 70×70, a curation of films by Sinclair on the occasion of his 70th birthday. Screenings of Patricio Guzmán’s documentary Nostalgia for the Light (2010), which contrasts the rise of Chilean astronomy with the fate of those imprisoned in the country’s Chacabuco Mine prisons, and Francis Alÿs‘s Tornado (2000-2010), in which, symbolically, Alÿs films his attempts to run into Mexican tornadoes, will accompany the publication of a book in which Sinclair engages with the memory-filled landscapes of the American Beats. The films will be introduced by Sinclair.