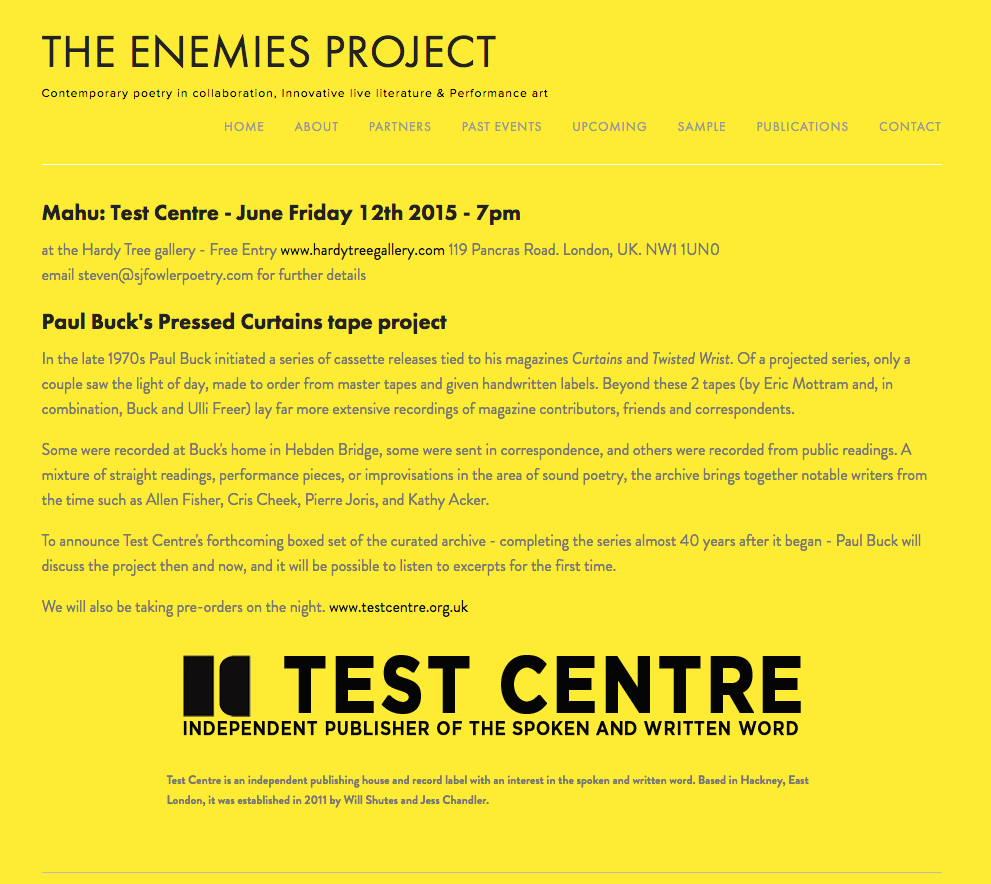 Test Centre has been invited to curate an event as part of an extensive program of live events and workshops hosted by SJ Fowler during his first solo exhibition at the Hardy Tree Gallery.

Our event will take place on Friday 12 June.

In the late 1970s Paul Buck initiated a series of cassette releases tied to his magazines Curtains and Twisted Wrist. Of a projected series, only a couple saw the light of day, made to order from master tapes and given handwritten labels. Beyond these 2 tapes (by Eric Mottram and, in combination, Buck and Ulli Freer) lay far more extensive recordings of magazine contributors, friends and correspondents. Some were recorded at Buck’s home in Hebden Bridge, some were sent in correspondence, and others were recorded from public readings. A mixture of straight readings, performance pieces, or improvisations in the area of sound poetry, the archive brings together notable writers from the time such as Allen Fisher, Cris Cheek, Pierre Joris, and Kathy Acker. To announce Test Centre’s forthcoming boxed set of the curated archive – completing the series almost 40 years after it began – Paul Buck will discuss the project then and now, and it will be possible to listen to excerpts for the first time. We will also be taking pre-orders on the night.

Read more about the event, and the exhibition, here.